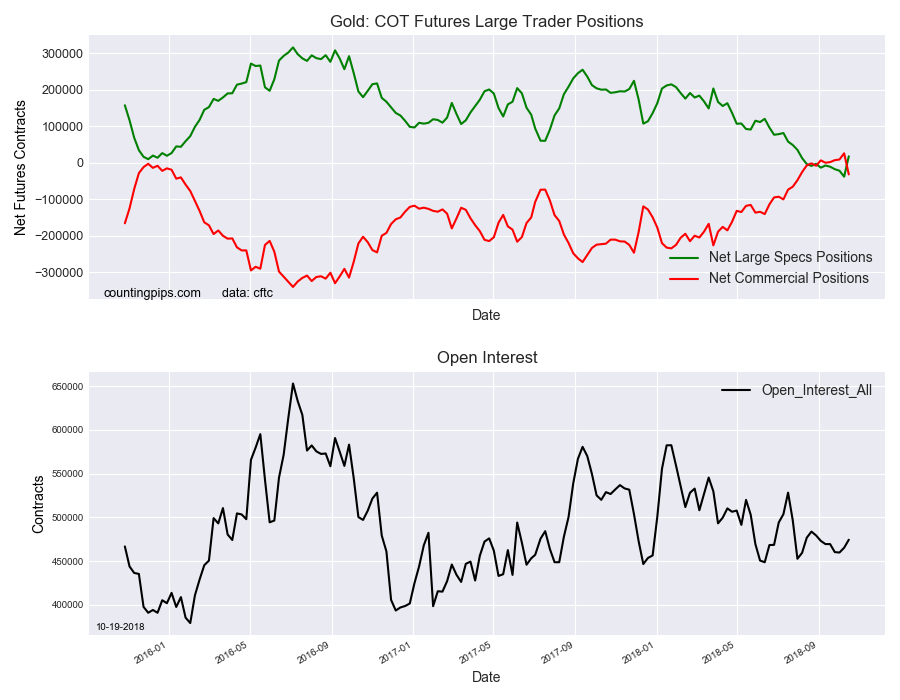 Large precious metals speculators strongly lifted their net positions in the markets this week, according to the latest Commitment of Traders (COT) data released by the Commodity Futures Trading Commission (CFTC) on Friday.

The non-commercial futures contracts of Gold futures, traded by large speculators and hedge funds, totaled a net position of 17,667 contracts in the data reported through Tuesday October 16th. This was a weekly boost of 55,842 contracts from the previous week which had a total of -38,175 net contracts.

The speculative gold position had fallen more bearish for four straight weeks before this week’s turnaround which marks the largest one-week gain since March 9th of 1999 when bets rose by 55,942 contracts.

The current standing is now the first time in ten weeks that gold positions are in bullish territory.

The commercial traders position, hedgers or traders engaged in buying and selling for business purposes, totaled a net position of -31,996 contracts on the week. This was a weekly decrease of -57,862 contracts from the total net of 25,866 contracts reported the previous week. 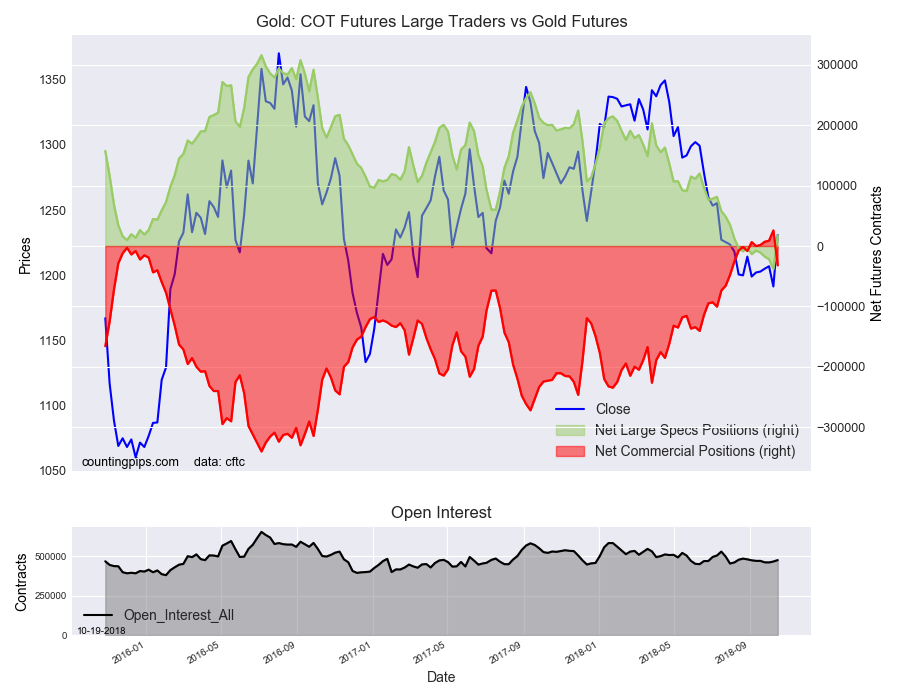 Over the same weekly reporting time-frame, from Tuesday to Tuesday, the Gold Futures (Front Month) closed at approximately $1231.00 which was an uptick of $39.50 from the previous close of $1191.50, according to unofficial market data.

Disclaimer: Fusion Media would like to remind you that the data contained in this website is not necessarily real-time nor accurate. All CFDs (stocks, indexes, futures) and Forex prices are not provided by exchanges but rather by market makers, and so prices may not be accurate and may differ from the actual market price, meaning prices are indicative and not appropriate for trading purposes. Therefore Fusion Media doesn`t bear any responsibility for any trading losses you might incur as a result of using this data.

Fusion Media or anyone involved with Fusion Media will not accept any liability for loss or damage as a result of reliance on the information including data, quotes, charts and buy/sell signals contained within this website. Please be fully informed regarding the risks and costs associated with trading the financial markets, it is one of the riskiest investment forms possible.

Coronavirus, US data in focus

Oil jumps more than 2% on reports of effective coronavirus drug