How Baltimore’s Philanthropists are Collaborating to Grow Small Business 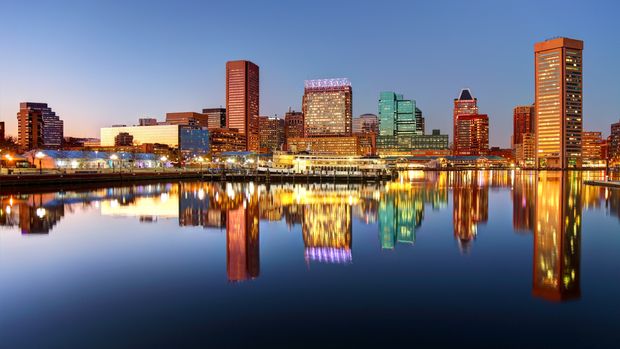 The Inner Harbor of the city of Baltimore, Maryland

When James Wahls came to the Annie E. Casey Foundation in Baltimore, Md., three years ago, he wanted to replicate an effort he helped design at the Kellogg Foundation in Detroit, that is, supporting entrepreneurs of color in the city to start small businesses.

The Detroit’s Entrepreneurs of Color Fund was able to triple in value from $6 million to more than $18 million in just a couple of years, creating even a greater ripple effect throughout the city. But Wahls, senior investment analyst with the Annie E. Casey Foundation’s social investments team, found that in Baltimore, the existing community development financial institutions, or CDFIs, didn’t have the capacity to take in investment capital to deploy to potential small business owners.

If a CDFI “has a loan portfolio of $2 million, you can’t as an investor infuse $3 million to $5 million into an institution that may not be ready to take on that much capital and deploy it into a community,” Wahls says.

But the foundation’s investment team wasn’t alone in trying to tackle this issue. Others, including the Abell Foundation, the Baltimore Community Foundation, and the Association of Baltimore Area Grantmakers, as well as banks, including J.P. Morgan Chase and Goldman Sachs, “were looking at the same issues and coming to the same conclusions,” Wahls says.

For such “place-based” impact investments—that is, investments in specific communities aimed at improving social and environmental outcomes while generating an investment return—collaborating with other like-minded partners can make philanthropists more effective at achieving their goals, Mission Investors Exchange and the nonprofit Urban Institute in the U.S. says in a series of issue briefs released earlier this week.

“Foundations are looking for ways to work in a revolutionary way,” says Melanie Audette, a senior vice president at Mission Investors Exchange, a 250-member network for foundations focused on impact investing.

“
Foundations are looking at how to make those grants and impact investments in their community on their own, but to do it in a way where they can scale their efforts because they are bringing in others with similar or the same purposes to make that change in the community,
”

“They are looking at how to make those grants and impact investments in their community on their own, but to do it in a way where they can scale their efforts because they are bringing in others with similar or the same purposes to make that change in the community,” Audette says.

The Casey Foundation, formed in 1948 by UPS founder Jim Casey, and his siblings, has collaborated with other funders in the city in the past, most notably in the East Baltimore Development Initiative near the John Hopkins Medicine campus, providing $100 million in program related investments and grants.

The latest initiative, which, if effective, should lead to impact investments in the CDFIs, is a clear example of how collaboration has made philanthropists and the foundation arms of commercial banks more effective at achieving their goals. CDFIs are more effective than large banks at providing the smaller loan amounts that new small business owners require, Wahls says.

For Baltimore, however, the Casey Foundation and its partners have realized that there is a gap they need to fill first with grant funding to the CDFIs and local nonprofits before they can invest in loans to community members.

The idea is for the grants to provide the community lending institutions with the support they need to build their capacity for lending; the grant funding will also allow the partners to support local nonprofits that are educating entrepreneurs on how to get the financing they need, and on how to successfully run a small business.

“We’re really excited about the fund because for one, it helps us identify problems within the ecosystem, and get firsthand knowledge from the potential grantees of the fund, and second, it allows for cross pollination among funders, banks, CDFIs and small business development organizations, who are all critical players within small business ecosystem in Baltimore,” he says.

It also provides national players who are looking at Baltimore with a resource for figuring out how to support entrepreneurs of color within the city, Wahls says.

While the idea of placed-based impact investing isn’t widespread, several funders across the country are discovering the advantages.

One successful co-investing effort is Benefit Chicago, a three-year-old collaborative of the Chicago Community Trust, the MacArthur Foundation, and Calvert Impact Capital, which has raised more than $96 million in impact investing funds to provide capital to nonprofits and social enterprises serving the city. Individuals, also, can invest as little as $20 via Calvert to buy Community Investment Notes targeted at Chicago.

The investment note option is an approach that “democratizes” impact investing, “by enabling smaller investors to play a role investing in their own communities,” Audette at Mission Investors Exchange says.

But, Audette adds, not every foundation will want to co-invest. Some will want to invest side-by-side, or not necessarily in the exact same deal, even if the end goal is the same. “We’re not prescribing what communities can do,” she says.